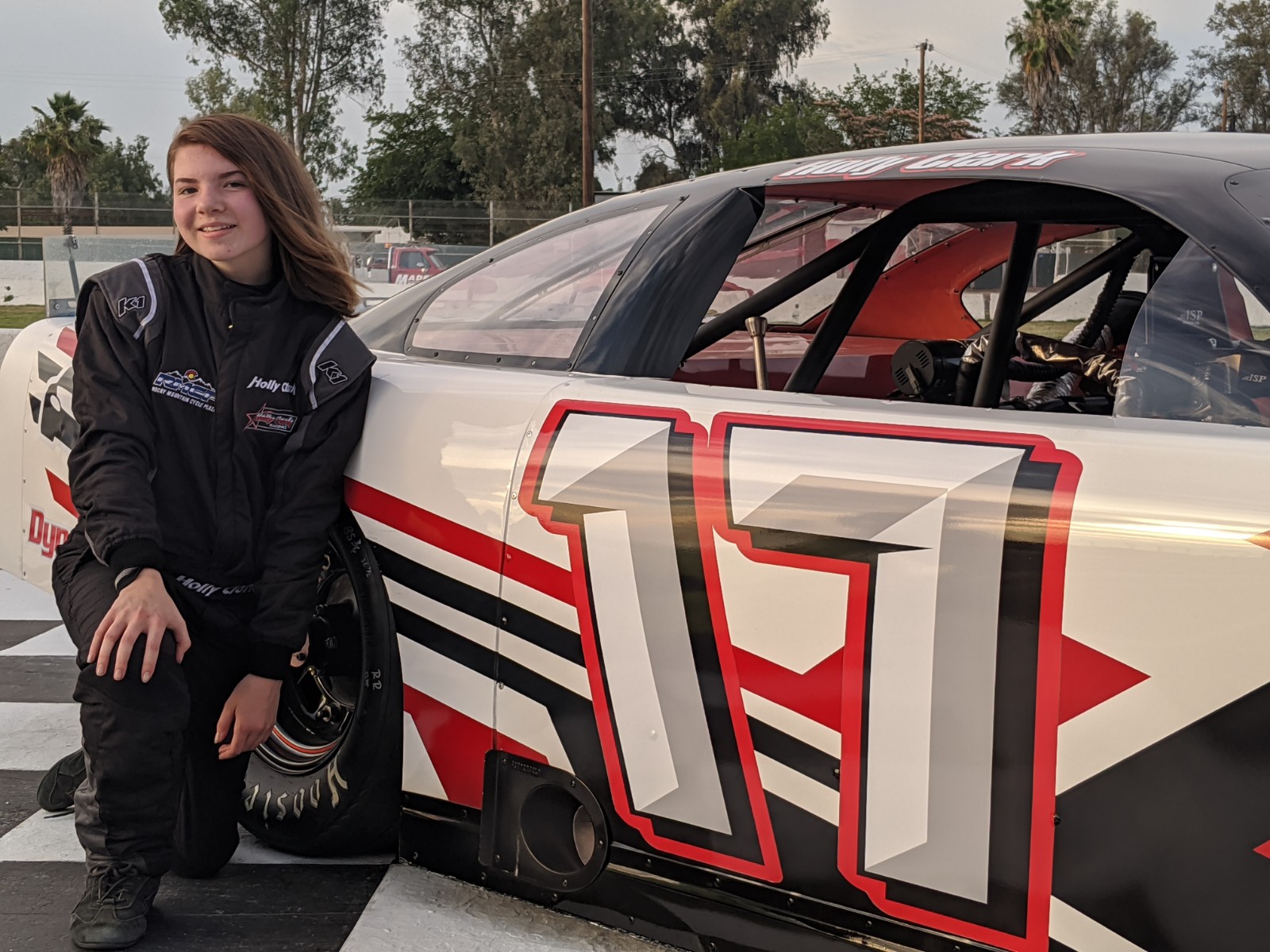 Holly is a 14-year-old race car driver from Colorado Springs, CO.  She began racing quarter midgets when she was 5 years old.  Holly has competed at the local, regional and national levels with both QMA and USAC, winning many championships and setting multiple track records.  In 2019, Holly won national USAC races at Circuit of the Americas and at the Battle at the Brickyard in Indianapolis.  She won the USAC National Championship in her Heavy Honda Division.  She was named a top 12 finalist for the Jr. Late Model Challenge Camp at Madera Speedway.  Holly raced Jr. Late Models in the 2020 Madera 51FIFTY Series as well as other West Regional races.  Holly is an honor roll student and enjoys playing basketball, volleyball, the alto saxophone and ukulele.  She also loves to cook and dance.